With 54 countries and more than 1.2 billion people, Africa could be a big eCommerce Business zone. The evidence, like rising income of middle class and eCommerce market growth of 13.7% strengthen the possibilities of it happening.

• Around 35% of the continent spends $4 to $20 per day, either online or offline.
• Consumption capability of African countries has crossed $1 Trillion per year in 2012 and is yet increasing at a very fast rate.
• The upsurging eCommerce market is expected to grow to $53 Billion at the end of 2018 and to $75 billion by 2025.

If we look at South African eCommerce business sector alone, the scope is alluring enough for the online retailers to get started in the country:

So, this is the perfect time to ratify an agreement with a top leading eCommerce Website Developing Agency to build  an online store in South Africa.

Electronics and media industry is showing the highest growth rate and market volume in Africa at present. The home care appliances, furniture and DIY is following it the next. Apart from these, medical and food industries, too, are highly potent to grow online. Sale of clothing and daily need products is picking up too.

All-in-all, eCommerce revolution is still the ‘next big thing’ to happen in the African continent. Hence, every industry has equal opportunities and possibilities for growth.

How eCommerce is impacting a country’s economy is judged through in GDP. In Africa, Senegal leads the list with more than 3.3 percent in GDP contribution [as per 2014’s calculation]. Kenya, Morocco and Mozambique were placed next in the list. If talked about count instead of the percentage, Nigeria and South Africa are the more potent markets for the eCommerce businesses to grow.

A few influential elements, which seem to be driving Africa towards eCommerce revolution are:
• Mobile devices
Rather than the big-screen devices, African population has a better access to mobile devices. Around 50% people have access to phones at present, which makes it important for the online retailers to focus on m-commerce and mobile experience too.
• Investment from cross-border retailers
43% of the people, who make online purchases, have ordered cross-border products. That’s the cause why cross-border investors keep special interest in the African market. World’s pioneers have their investment in the growing eCommerce companies of Africa as they believe in the potential of Africa.
• Increasing tech-aware population and spending potential
Rising incomes, more tech-savvy citizens and the increasing need of fast service(s) acts as a good reason and take people online for shopping, where they do not need to spend too much of their time, unlike the local stores.
• Enhancing Internet Speed and connectivity mediums
More people are able to access the internet and hence, take a look at what’s being sold through eCommerce websites. It increases the chances of them, getting influenced and make online purchases.
• People, who love discounts!
Mind it – A well-marketed sale could drive more than 5 million visitors, contributing to more than 25 Lakh orders in a single day, as happened on Black Friday sale of Jumia in 2015. Do you still think that Africans don’t like shopping online?

With hundreds of upsides, there are a few barriers, which are yet faced by African eCommerce sector:
• People’s restricted reach to the online world, as more than half of African population is still away from making it to online markets for shopping.
• Delivery Charges, which are yet too high, especially for the remote areas.
• Security, which is another big concern in Africa when it comes to online payment and purchases.
How Can Merchants ensure faster Growth?
Jumia and Konga are definitely not the last ventures, considered as the ‘Amazon of Africa’. There is yet a lot to happen in the market. To make the market dance on its toes, online merchants will have to focus on:
• Mobile shopping experience they deliver
• Fine-tuning of mobile and web presence
• Coming up with Sales and lucrative offers
• Lessening of the delivery charges
• Securing their selling portals
• Trust-building among those, who weren’t online so far
• Utilising the best online and offline marketing approaches
Overview:
83% of those, who’ve made an online purchase, think that they’ll return to shop again. It simply means that the Africans aren’t afraid of shopping online. At the same time, increasing incomes have made the inhabitants capable of spending more money of different products. This scenario gives a confirmation to the fact that African’s eCommerce businesses can still dig enormous wealth if they move ahead with right strategy.

Want to build your own eCommerce or enhance your eCommerce website features ? 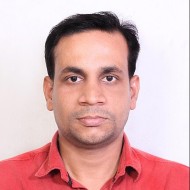 
View all posts by →

Necessary Modules to Start an eCommerce Business in South Africa

Vital Factors to Start and Run Your eCommerce Business in SA